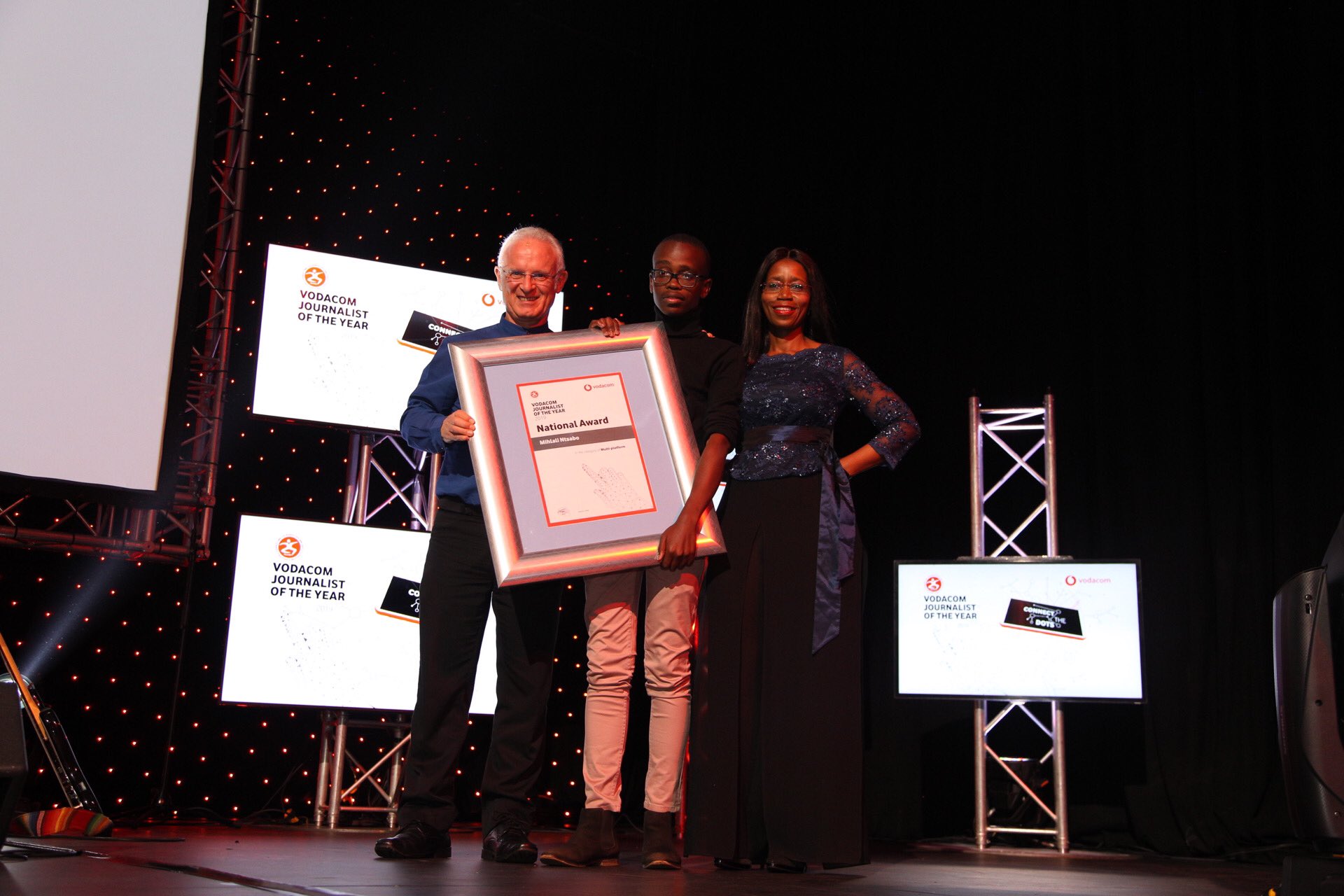 JOHANNESBURG - Eyewitness News (EWN) reporter Mihlali Ntsabo has been named ‘Multi-platform Journalist of the Year’ at the prestigious 2019 Vodacom Journalist of the Year Awards. The award is a recognition of EWN’s strategic use of cross-platform publishing and its drive to push the boundaries between radio and online reporting, by combining the traditional values of balanced, fair and critical journalism with creative storytelling and publication approaches.

Ntsabo, who works as an online producer and reporter at EWN, won the award for his gripping podcasting feature, “South Africa’s Forgotten Citizens.” The innovative four-episode podcast series features the stories and perspectives of some of the country’s most underrepresented voices: the homeless.

The judges’ citation hails Ntsabo’s work for its innovative approach and its unique perspective:

“The strength of multi-platform journalism often highlights the synergy of use of a specific digital platform contextualised in an additional medium. Using podcasts framed effectively on a website, for example, offers tremendous potential. Yet the podcast particular platform is all too often confined to thought-leadership style content. For an entry that stretched the boundaries of podcasting, quite literally giving voice to the voiceless, the regional winner for Gauteng is Mihlali Ntsabo of Eyewitness News for SA’s Forgotten Citizens.”

EWN Online Editor, Deshnee Subramany, says the award speaks to the newsroom’s dedication to develop talent internally and tell important but often underreported stories: “One of the major elements of EWN's editorial strategy is the growth of its people. Part of that growth includes a commitment to convergence across our radio and online teams, ensuring all our journalists are equipped with as many skills as possible. This is not only good for the newsroom, but for the industry as a whole. This award is testament to Mihlali’s dedication not only to his every day work, but to his own growth.”

Ntsabo himself is thrilled by the win: “It’s an honour, as a young person, to be acknowledged for winning on a major platform among people who have been in the industry for quite some time. But, more than anything, it made me realise that as young people, especially in an era where digital is growing and newsrooms need multi-skilled journalists, we should look at combining different storytelling mediums to feature voices and experiences that have been missing in mainstream media conversations. This is only the beginning, and I am looking forward to continue telling those stories and bringing back the narratives of those who have been ignored or forgotten.”

To listen to the award-winning podcast series, click here.

Primedia Broadcasts the National Anthem in solidarity with NAB

In solidarity of with the NAB, the four Primedia Broadcasting radio stations will connect listeners across the country as they broadcast the anthem at 13h00 ever Friday during the lockdown.

In response to President Cyril Ramaphosa’s declaration of the Covid-19 outbreak as a national disaster on Sunday evening, Primedia Broadcasting is reviewing all planned annual events across its brands, with most suspended until further notice.

Geraint Crwys-Williams takes on the role in addition to his position as Primedia Group’s chief business officer.

Primedia Broadcasting Scoops Up at Most Awards

Sunday Funday has a new meaning in the Cape as popular radio personality and deejay, DJ Fresh, joined the kfm 94.5 weekend line-up.