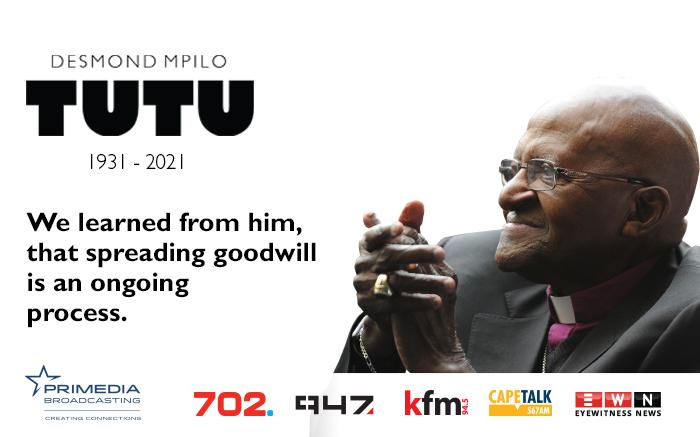 JOHANNESBURG - Archbishop Emeritus Desmond Tutu has died at the age of 90.

The man who coined the phrase "the Rainbow Nation" and was affectionately known as "the Arch" has been fighting prostate cancer for roughly two decades.

The reverend Desmond Mpilo Tutu was a fierce campaigner for human rights and dignity.

Nelson Mandela described him as "sometimes strident, often tender, never afraid and seldom without humour," adding that "Desmond Tutu's voice will always be the voice of the voiceless". He fought openly and passionately against oppression, racism, poverty and homophobia.

Born in Klerksdorp in 1931 and having studied teaching and theology, Tutu became increasingly active in the fight against apartheid as a young man and rose to worldwide fame during the 1980s as a vocal opponent of the apartheid system.

In 1984 he was awarded the Nobel Peace Prize for his efforts.

By 1986 Tutu had become the first black person to lead the Anglican Church in Southern Africa and used his position to fight for peace and justice.

After South Africa finally held its first democratic elections, Tutu was appointed chair of the Truth and Reconciliation Commission (TRC) set up to deal with the atrocities of apartheid.

In the years after the TRC ended, Tutu continued to speak out on moral and political issues.

In 2007 he helped found The Elders – a grouping of senior world leaders who work together for peace and human rights.

In 2009, when Jacob Zuma was about to become President of South Africa, the Arch was candid about not looking forward to his presidency. When the Dalai Lama was forced to cancel his trip to South Africa in 2011 because of controversial visa delays, Tutu again lashed out at government and the ANC.

His criticism of the state saw the Arch sidelined, when his lifelong friend and world icon Mandela died in 2013 and he was not asked to speak at his funeral. A year later, Tutu made it clear he would not vote for the ruling party in South Africa’s fifth democratic elections.

Tutu is survived by his wife Leah, four children and seven grandchildren. 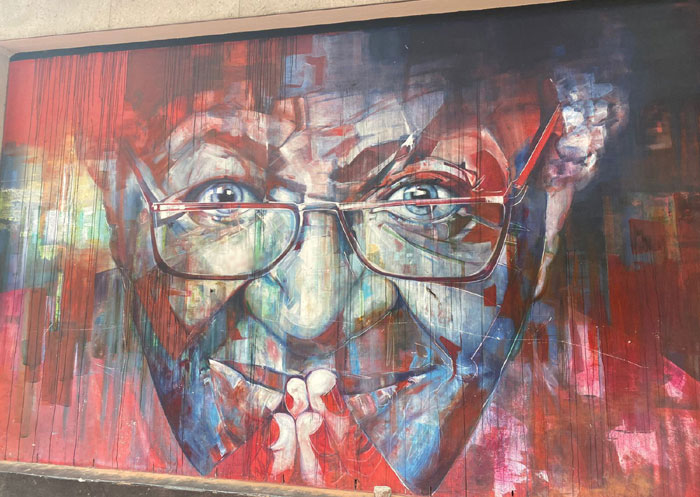 Primedia Broadcasts the National Anthem in solidarity with NAB

In solidarity of with the NAB, the four Primedia Broadcasting radio stations will connect listeners across the country as they broadcast the anthem at 13h00 ever Friday during the lockdown.

In response to President Cyril Ramaphosa’s declaration of the Covid-19 outbreak as a national disaster on Sunday evening, Primedia Broadcasting is reviewing all planned annual events across its brands, with most suspended until further notice.

Geraint Crwys-Williams takes on the role in addition to his position as Primedia Group’s chief business officer.

Primedia Broadcasting Scoops Up at Most Awards